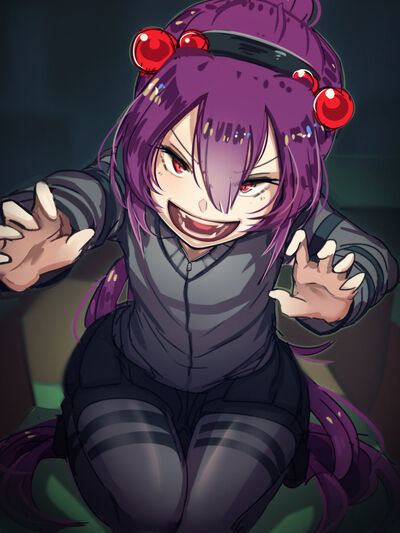 Mindy is the spider gal you meet when you fall down the hole and into the caves where she resides in. In the game, Mindy tries to subdue The Player into staying down there with her.

Special Abilities: Superhuman Physical Characteristics, Web Manipulation and Creation, Duplication (Can duplicate herself), Regeneration (Low-Godly, With Passive Regeneration it's shown Mobs can sustain themselves from a soul and come back to life), ETC.

Destructive Ability: Town Level (Shouldn't be too far behind Cupa who can destroy entire Towns with her explosions)

Speed: Massively Hypersonic (Should be comparable to Cupa who can dodge and react to lightning)

Striking Ability: Town Level (Is comparable to Cupa who can produce enough force to completely obliterate an entire town)

Durability: Town Level (Should be comparable to Cupa who can tank Town Level blasts)

Intelligence: High (Has a great deal of knowledge about the Overworld knowing about its size and has read tons of books regarding science)

Retrieved from "https://omniversal-battlefield.fandom.com/wiki/Mindy_(Mobtalker)?oldid=16081"
Community content is available under CC-BY-SA unless otherwise noted.