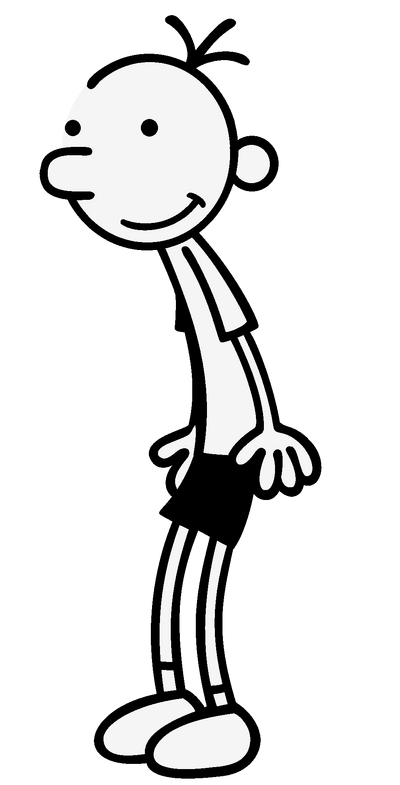 Greg Heffley is the main protagonist of the Diary of a Wimpy Kid franchise. The middle child in a dysfunctional family, Greg records the events of his life in his titular diaries, with the majority of these events stemming from Greg's narcissistic, manipulative, and borderline psychopathic personality, as well as his terrible luck.

Verse: Diary of a Wimpy Kid

Special Abilities: Social Influencing (Greg can be very manipulative at times. This has allowed him to trick other people into unknowingly working into his plans. His manipulation is mainly shown during his interactions with Rowley, although he has also manipulated others his age and his family members) | Social Influencing (Same as before to a greater extent), Superhuman Speed, and Water Walking (Can go quickly enough to run on water)

Speed: Athletic Human (Outran his Phys. Ed teacher with Rodrick) | Subsonic (Ran on water. Scaled a fence quickly enough to escape balls from a tennis machine, which can fire at up to 95 miles per hour. Took all his clothes off, tossed them into the air, and jumped into bed before they could hit the floor)

Durability: Varies from Below Average Human level (Was beat up by a group of kindergarten students) to Human level (Survived being slammed into the walls of the back of Rodrick's van while getting crushed by instruments for an extended period of time with no visible damage) | Varies from Below Average Human level to Athlete level (Was relatively unharmed by punches from kids above his age, despite kids within his own age group being capable of knocking each other out by throwing tennis balls at each other. Fell off a wall roughly twice his height before getting trampled by dozens of people and got up unscathed)

Stamina: Unknown | Likely high, since he got up quickly after falling off a wall and being trampled. However, Greg is very lazy.

Intelligence: Above Average. Although Greg is average academically, this is mainly because he does not care for school due to his narcissistic delusions of being rich and famous in the future. When he puts his mind to something, Greg can actually be quite intelligent. At one point, he successfully started a massive fight between every kid on the two sides of his street, very nearly leading his side to victory, after studying war tactics for one night. He also has created elaborate plans to get his way and is proficient in manipulating people. However, his narcissism can often delude him, and he has been tricked repeatedly by his older brother, Rodrick.

Weaknesses: Highly narcissistic, consistently showing off a huge ego and believing he will one day become rich and famous. Lazy. Has extremely bad luck.

Extra Info: Since it is written from his warped perspective, Greg's diary doesn't accurately reflect what happens in his life. As such, it should be treated as fiction within fiction.

Community content is available under CC-BY-SA unless otherwise noted.
Advertisement